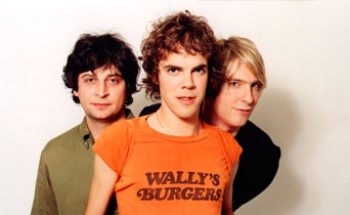 If the only one who could ever reach you was the son of a preacher man, look no further than Mark Kleiner Power Trio's Love To Night. Kleiner, the youngest child of a Lutheran minister and a chaplain, left Vancouver abruptly in 1999 after nine years playing music to join 'the family business.' 'Called by God' ran the story in the Vancouver media as the MK packed his bags, quit his band, left his girlfriend, and moved back to his Prairie home of Saskatoon.

After spending a year at the University of Saskatchewan in preparation for attending the Lutheran Theological Seminary, the maverick entertainer returned to Vancouver in the summer of 2000 to spend a couple months recording with friend Nick Waddell (executive producer of Love To Night).

In concert, the MKPT drew on its members' experience supporting acts like Mötley Crüe, April Wine, and Scorpions, and Kleiner's patented stage moves (honed in those 1990s years touring the globe with the glam garage outfit JUNGLE) never fail to electrify. "The stage is my playground," Kleiner once confessed with a gleam in his eye.

And what of the aforementioned 'call to the cloth'? "God basically just wanted me to take a breather from the West Coast razzle dazzle and focus a little more on my songwriting," explains Kleiner. "I thought He was looking for a full-time commitment, but apparently I was wrong."

Throughout the past decade, the MKPT has returned to the stage on occasion, sporadically performing for both large and small, yet always appreciative, audiences.