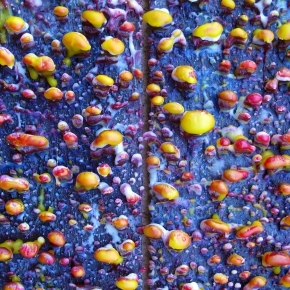 "'All Her Colours' should please fans of floaty, polyrhythmic dance-pop that mixes organic drum sounds with synths, found-sound samples, and electronics" - SPIN

"Weber has a knack for combining electronic and organic elements into dreamy psych-pop that sounds as good on the dance floor asit does through a pair of headphones." - NOW