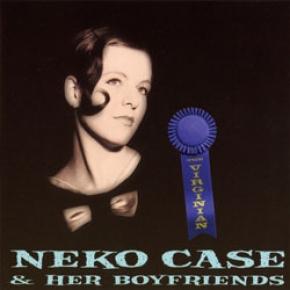 Before being crowned an alt-country goddess, Neko Case was familiar to Mint fans from her drummin' thunder in MAOW. Neko stepped out from behind the kit and into the singer's spotlight to release twelve amazing songs on The Virginian that stretch from out'n'out hillbilly stompers to Loretta Lynn-like lovesick ballads. Neko collected a jamboree of indie and bluegrass legends as her backing band for these early recordings, including Brian Connelly (Shadowy Men On A Shadowy Planet), Matt Murphy (Superfriendz), Carl Newman (New Pornographers), Rose Melberg (Softies, Tiger Trap), and Beez (Smugglers), among several others.