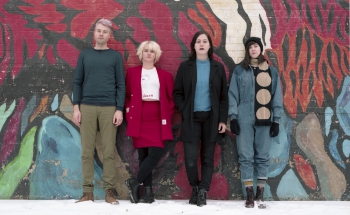 Few albums combine raw vulnerability with shredding solos as seamlessly as Wares’ Survival. On her first release for Mint Records, Edmonton’s Cassia Hardy blazes through riff-wielding indie-rock symphonies for anyone striving to stay alive and create a brighter future. By sharing her own journey towards hope, she hopes to light a path for anyone lost in the dark. As Hardy explains in its liner notes, “this record is dedicated to decolonial activists, anti-fascist agitators, prairie queers fighting for community and a better life.”