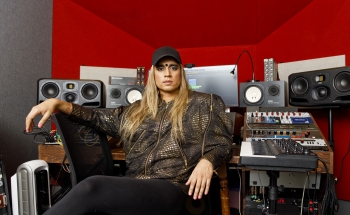 Vivek Shraya is an artist whose body of work crosses the boundaries of music, literature, visual art, theatre, and film. Her album Part-Time Woman was nominated for the Polaris Music Prize, her music was featured on the acclaimed HBO Max show Sort Of, and her best-selling book I’m Afraid of Men was heralded by Vanity Fair as “cultural rocket fuel.” She is also the founder of the award-winning publishing imprint VS. Books, which supports emerging BIPOC writers.

A seven-time Lambda Literary Award finalist, Vivek has been a brand ambassador for MAC Cosmetics and Pantene. She is a director on the board of the Tegan and Sara Foundation, and is currently adapting her debut play, How to Fail as a Popstar, for television with CBC.