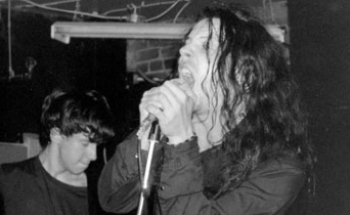 The story goes, as far as we can remember, that Windwalker won the coveted CiTR Shindig! contest way back in 1990, and, well, such was the state of the music industry back then that winning a college radio battle of the bands meant you could all of a sudden put out an album. Thus, the 35 minute séance of power chords and Ouija boards known as Rainstick was born.

Although it never made it to the vinyl presses, Windwalker’s first album, which was also the first for Mint, came out on that pocket sized piece of plastic known as a cassette. There are still a few of the originals floating around out there in record stores, and if you’re really having trouble finding a physical copy, we’ve still got some cds for sale!