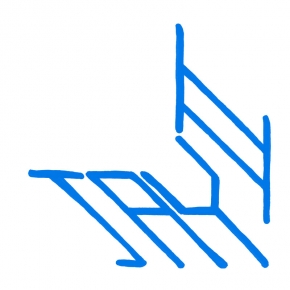 Jay Arner’s Jay II is music for outsiders who might not want to be insiders. Sophisticated synth-pop for sensitive types or existential glam-rock for the unsettled. These songs are the soundtrack to fitting in, finding your place in the world of suffering, and finally coming to terms with yourself.

“Following my first album I toured extensively for two years, going to a lot of places I've never been,” Arner explains. “I love touring but on another level I viscerally felt how huge and indifferent the world is. I visited the Grand Canyon twice. It's an amazing monument to deep time. What am I? I'm a human musician.”

In his quest for self-discovery, Arner channeled inspirations ranging from the cheeky charm of Sparks to the regal slink of Roxy Music, the soaring hooks of Fleetwood Mac to the propulsive drive of La Dusseldorf. Jay II synthesizes glam, prog, and electronic funk into a shimmering 2016 pastiche. However, it goes beyond studied homage into the realm of relatable as only pure pop for now people can.

Like the first album, Arner played most instruments alongside Jessica Delisle, his partner in Energy Slime. Tone zoned guitars, sci-fi synths, and muscular drum fills buff up the understated arrangements like a six-pack revealed under a sweater vest. Recorded and mixed in the span of a month with minimal fuss, these nine songs sound both airtight and breezy.

“People in cool bands, playing sweet shows, smoking outside on the street.” These are the real-life characters behind Jay II, but in Arner’s cartoon imagination they become strange animals, street freaks, maybe even a Dracula. Other lyrics find him exclaiming “fuck all the rules” as he goes back to school, “vying for attention in an echo chamber”, and giving out his personal phone number. In the end, Arner learns that reality’s not out to get him. He’s endangered without a doubt but he doesn't wanna be someone else.