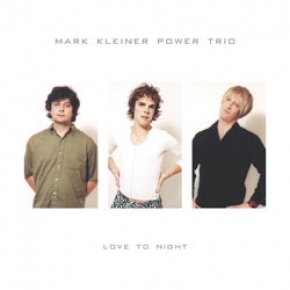 The story is long, but here's the gist: Mark Kleiner, the youngest child of a Lutheran minister and a chaplain, left Vancouver abruptly in 1999 after nine years playing music to join 'the family business.' "Called by God", ran the story in the Vancouver media as the MK packed his bags, quit his band, left his girlfriend, and moved back to his prairie home of Saskatoon. After spending a year at the University of Saskatchewan in preparation for attending the Lutheran Theological Seminary, Mark returned to Vancouver in the summer of 2000 and teamed up with Kurt Dahle (New Pornographers) and Pete Mills (Flash Bastard) and recorded ten pop-rock gems. If you’ve heard of Jungle and Sister Lovers, his past bands, you’ll have an idea of the MKPT sound. If not, think Todd Rundgren and Warren Zevon.