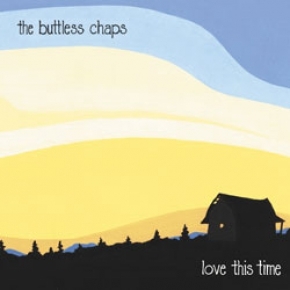 Love This Time: This Victoria, B.C. band's self-described "electro-country" aesthetic bursts beyond the bounds of precious theory on this track from their upcoming fourth album by uniting, among other things, heavily treated vocals and a bassline that dips in and out of both genres. The result could be described as a musical recombinant. - eye, Toronto

Building from atmospheric electronics, a piano, banjo and deep resonant vocals to a full-blown orchestral country masterpiece complete with horns. Then things get to be a bit weird. - Americana - UK

If alt-country has reached a wall of late, The Buttless Chaps more or less kick that wall down with Love This Time, exposing it as a plywood set piece with an entire world of possibility behind. On their debut album for Vancouver's Mint label, the Victoria band deftly juxtaposes the usual banjos and shuffling giddy-up beats with wickedly weird new-wave synth, distorted vocals, horns, a choir and other curiosities. With a handful of hauntingly ominous tunes they prove their skill, but then proceed to defy the expectations these songs create, delving into different, risky terrain and achieving a wonderful strangeness. - Montreal Mirror

Love this Time, from the idiosynchratic electro-cowboys who brought us 2001’s eyebrow-raising Death Scenes I II III, is an album dedicated to... roadkill. This time 'round, “Canada’s best named band” (Exclaim) takes a different tangent courtesy of überman Chôn, and invited such folks as Carolyn Mark, Ford Pier, Jesse Zubot, Radiogramís Ida Nilsen and others in a carefully and crazily orchestrated journey down the synth’d “Gold Rush Trail”.