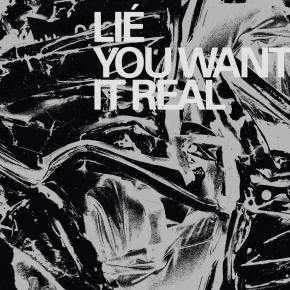 You Want It Real, the band’s fourth album, expands on previous themes with an assured intensity and plenty of world-weary lyrics. Sonically, lié’s recordings have unlocked the full-bore wall of sound that’s present in their live shows. That’s due in part to the work of legendary punk producer Jesse Gander (White Lung, Japandroids), who has helped unlock a further disharmony of melody and feedback in the band’s relentless aggression.