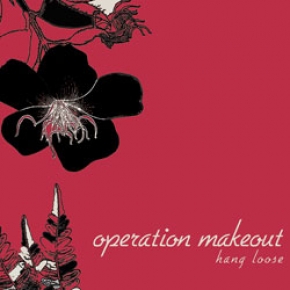 Operation Makeout made a splash with Hang Loose, their first full-length album for Mint and the follow-up to the debut EP First Base that came out in summer '01. First Base was a short, sharp five-song blast released to coincide with the band's cross-Canada tour alongside fellow Minties New Town Animals and was a teasing snapshot the West Coast's fun 'n' exuberant punk scene of the early aughts. Hang Loose pulled this energy together for the first (and last) full-length these sloppy kissers would make.

You may be tempted to conclude that Operation Makeout is nothing but a silly and juvenile concept band based on one joke. But luckily they've got some musicianship to back up the goof. - Exclaim!

Operation Makeout could be the best band in Vancouver today. As it happens, they’re the third best. - PopMatters, 2003