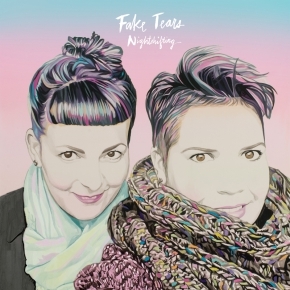 Upon signing with Mint, Larissa Loyva (P:ano, Kellarissa, The Choir Practice) and Elisha Rembold (Lost Lovers Brigade, Shimmering Stars) looked to label-mate Jay Arner to produce their debut album. In just a handful of sessions, they built on top of their existing demo tracks, fleshing out their dual microKORG playing using Jay’s collection of analog synths. The result is Nightshifting, a radiant collection of sparkling electro-pop that is simultaneously spooky and infectious, nocturnal and pop-friendly.