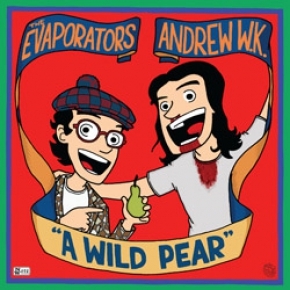 A few notes from Andrew W.K. concerning the split Evaporators/Andrew W.K. release A Wild Pear that arrived on June 23, 2009 via Mint Records!