Come Out Come Out 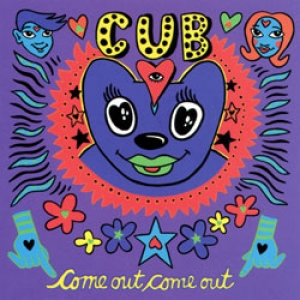 After Betti-Cola ruled the campus airwaves for three consecutive months, cub came out with this quirky gem: Come Out Come Out. This is really the record that solidified cub and Mint Records in indie record land. Yes, the fire was lit with Betti-Cola but this one burnt the house down. At the time, it was the most exported album outta the Mint HQ and chances are you already snagged your copy at one of the Come Out tours of 1995. The original album is chocked full o' live faves, thirteen in all, including the pop bliss of "New York City" and "Flaming Red Bobsled" (both videos), "Ticket To Spain", and "So Far Apart." The recently remastered and re-released version has a few added surprises. Go! Quick! Get yourself a copy and bask in the sunshiney rays of cuddlecore originators, cub!