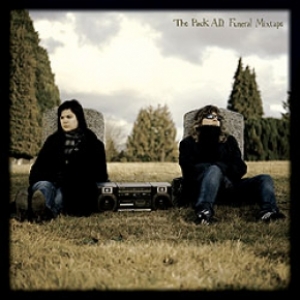 On August 12, 2008 Funeral Mixtape arrived hot on the heels of The Pack a.d.'s Mint Records debut Tintype. Recorded live off the floor to analog tape at The Hive Studios, Funeral Mixtape perfectly encapsulates the intensity and warmth of the duo's sound. This studio production captures the power of Becky Black's vocals at their best on tracks like the New Orleans death march "Oh Be Joyful". Just how can a duo generate such a massive sound? While Black's vocals have been compared to Janis Joplin, and the duo's live show to long established acts like The Black Keys, The Pack a.d. has proven the ability to present the sound and vision of the blues in their own way: brooding, explosive, and unrestrained.

"Lord almighty do they rock - in a gritty, unhinged kind-of frightening manner." - The Toronto Star