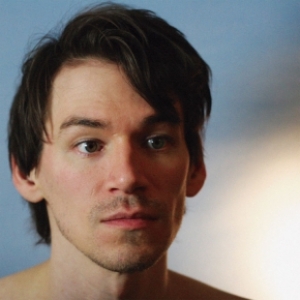 Now, finally, he is going it alone. Every sound you hear on his eponymous debut album was self-recorded by Arner in his 72-square-foot practice space using a precariously perched desktop computer and his home recording gear. The sum of his many talents, these 10 songs sizzle with DIY energy and encompass the scope of the songwriter's diverse resume.

Given that Arner wrote, performed, recorded and mixed every note on the album, it's only fitting that it's self-titled. The cover artwork is a close-up photograph of the man's face. This is him at his most unfiltered and uncompromising, with only his musical whims to answer to.

Jay Arner engages in some scuzzy, towering power-pop - an ode to emotional pain, smoldering guitars and a mile-long sludge of production that touches on a foreign era. Mostly, though, it's just a catchy summer jam that could form a perfect mixtape bridge. - RCRDLBL