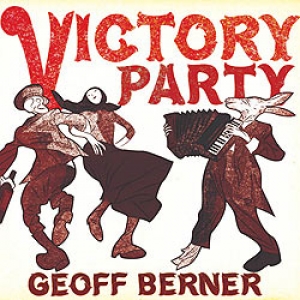 After completing his highly-acclaimed "Whiskey Rabbi" trilogy of albums, it was time for Geoff Berner to move on. Teaming up with producer Josh Dolgin and Mint records, Geoff has created an album that's all at once bigger, more "klezmer-ey" and more transgressive.

"Nobody else sounds like Geoff Berner. The Vancouver musician mixes punk attack and rebellious vocals with klezmer instrumentation and sounds. His fifth full-length album is brash, confident and impeccably produced – huge-sounding and imaginative – with the Eastern European influences more pronounced than ever." - Now Toronto

"An evening spent with Geoff Berner’s music is, in the words of the good Dr. Hunter S. Thompson, a wild combination of menace, madness, and genius… fragmented coherence that wreaks havoc on the mind of any listener.” - Vue Weekly