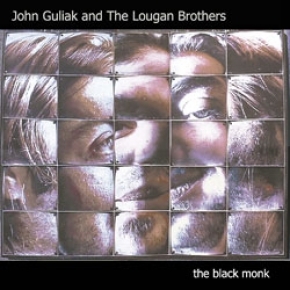 John Guliak is a mainstay of the British Columbia roots music community. Running the circuit for a number of years with a disparate array of accompanying musicians, which eventually solidified into the combination of Shawn Harper, Keith Rose, and Wayne Adams, John became a mainstay at the venerable Vancouver alt-country festival, Ranchfest. Organized by Auburn's Shelley Campbell, the festival was highlighted by the release of the Ranch compilation Showdown in 2001, on which John's songs share the sleeve with our very own Carolyn Mark.

The culmination of his efforts, John's debut album The Black Monk was released on Mint the next year, placing his velvet-smooth cigarettes-and-cognac voice front and center. To help create these 13 tracks, John invited several of the friends he had made performing at Ranchfest — and elsewhere — over the years including Carolyn Mark, Tolan McNeil, Garth Johnson, Linda McRae, David P. Smith, and Keith Rose.