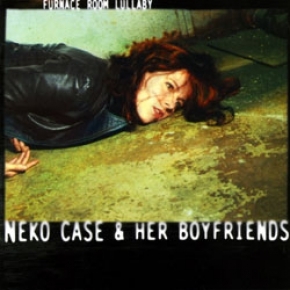 "It has an unadorned, swinging-doors-and-a-barstool feel, as it it were cut in the wee hours at Tootsie's Orchid Lounge after a show at the Opry." - People Magazine

When Neko Case's sophomore album arrived in early 2000, it expanded vividly on her groundbreaking debut album, and solidified her position as one of the new dynamic chanteuses. On Furnace Room Lullaby, Neko and Her Boyfriends (composed of Scott Betts, Joel Trueblood, John Ramberg and Brian Connelly) are joined by another impressive array of singers and musicians, including Travis and Dallas Good (of the Sadies), Evan Johns, Kelly Hogan, Ron Sexsmith, and others.