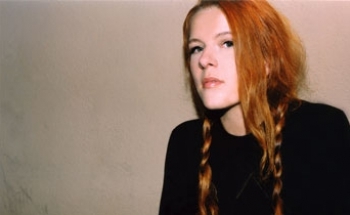 When it comes to the art of telling tales, Jim Thompson had it pegged. "There are 32 ways to write a story," the noir author famously observed, "but only one plot: Things are not as they seem." The story of Neko Case, similarly, could be told a number of different ways; but the facts, as always, yield only a part of the truth.

There is the basic, by now familiar biographical arc: Case's childhood in Washington State, art school in Vancouver, her early baptism into the world of country and gospel music, and contemporary gigs in distaff punk trios Maow and cub, as well as a longer (and ongoing) stint in powerhouse Canadian pop group the New Pornographers. Since the late '90s, however, the bulk of Case's energies have been devoted to a thriving solo career. Following three critically lauded studio albums, 1997's The Virginian, 2000's Furnace Room Lullaby, and 2002's masterful Blacklisted; a quietly potent kitchen-recorded EP, Canadian Amp; and 2004's brilliantly conceived concert collection The Tigers Have Spoken, 2006's Fox Confessor Brings the Flood, and a handful of work that would follow the star that had risen.

Two years in the making from conception to completion, Fox Confessor was her last for Mint and is a culmination of sorts, the sound of an artist fully coming into her own and producing a career defining statement. Case's work has always hinted at a uniquely skewed gyroscope at the center of the music: her songs at once playful and heartfelt, artsy yet unpretentious, and capable of shelving offbeat imagery inside of classic compositional structures. Significantly, Fox Confessor is further fueled by Neko's refusal to limit her work along generic boundaries. Her role as producer is profoundly felt, as styles, influences and sonic signatures from dozens of musical traditions thread through the new songs, leaving the echo of their passing but combine to create a sound at once foreign and familiar.

Lyrically reflective and self-assessing, the twelve songs on Fox Confessor are cast in a tone that is at once resigned ("Hold On, Hold On") yet far from pessimistic ("Maybe Sparrow"). It's an album where the storytelling offers exacting portraits of the transient and hyper real ("Margaret Vs. Pauline," "Star Witness," "That Teenage Feeling"), while opening windows to the still viable--albeit sadly neglected these days--metaphors, lessons, or cautionary reflections derived through mythological creations ("Fox Confessor Brings The Flood"). Elsewhere, near-forgotten spirituals ("John Saw That Number") emote clear-eyed observations on our common lives.

Aside from the intro to "John Saw That Number" (recorded in the back stairwell of Toronto's Horseshoe Tavern) and "At Last" (tracked at Toronto's Iguana studio), the balance of the album was done at Tucson, Arizona's Wavelab Studio, with engineers Craig Schumacher and Chris Schultz. Produced and mixed by Neko and Darryl Neudorf, Fox Confessor Brings The Flood once again finds her imagistic lyrics and singular voice backed by a cadre of talented collaborators including longtime bandmates Jon Rauhouse and Tom V. Ray, frequent musical foils The Sadies, Giant Sand leader Howe Gelb, vocalist Kelly Hogan, Calexico's Joey Burns and John Convertino, as well as Canadian cohorts Brian Connelly and Paul Rigby. Former Flat Duo Jet Dexter Romweber and Rachel Flotard of Seattle punk-pop combo Visqueen also guest, as does legendary piano/keyboard/accordion genius Garth Hudson of the Band. However, if Neko has always chosen the best of collaborative friends, what she reveals on the new album is that "the most tender place in my heart is for strangers"--a statement which may or may not have seeds planted in the transient nowhere-is-home years of her childhood.

Having been moved from town to town after arriving in the world toward the end of 1970, she eventually settled in Tacoma, Washington. An only child, by the age of 15 she'd left home and quit school. Neko somehow managed to survive on her own, and soon steeped herself in the re-emerging punk scene that roamed wildly between Olympia and Seattle, working at a series of rock clubs and witnessing firsthand the transformative power of bands like the Screaming Trees, Girl Trouble, and Nirvana. Although she maintains an affinity for punk music and its off-shoots (having begun her musical career as a drummer for The Del-Logs, The Propanes, and Maow), it was the discovery of an obscure spiritual album by Bessie Smith & Her Gospel Pearls that provided an important paradigm shift for her early on.