Free To Do What? 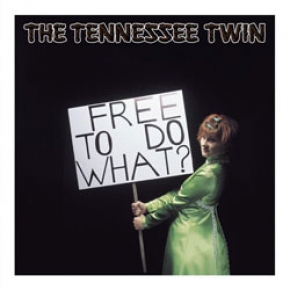 Cindy, The Tennesse Twin, got a chance to follow her muse in early September with the help of JC/DC's John Collins and David Carswell when she and her band spent several days recording in the lush and picturesque setting of Galiano Island, British Columbia. Although you won't be able to actually hear the seagulls, whales, owls, and seals, they were all around while the band recorded (imagine recording vocals outside under ancient Douglas Firs!). Cindy's regular cast of contributors is back on Free To Do What?: Monica on fiddle and backup vocals, Maija on accordion and backups, Coco on drums, bass and backups, and Mark on pedal steel with the notable additions of Kurt Dahle (New Pornographers) on standup bass, Todd Fancey (New Pornographers) on guitar, and Shane Nelken (The Awkward Stage) on guitar.