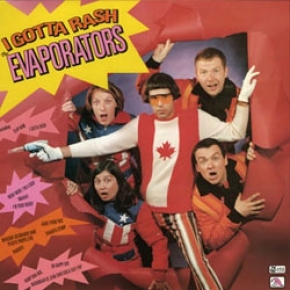 Yeah, you read that right. A special joint-release with Nardwuar Records! Self-described as "Nashville Pussy meets Hanson with no draw," The Evaporators have been a band for an insane twenty eight years (!!!), since lead screamer/organist Nardwuar The Human Serviette and drummer Scott Livingstone decided to form a band while doing pushups in gym class at Hillside Secondary in 1986.