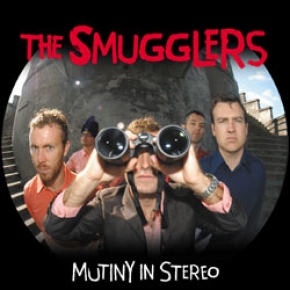 Although The Smugglers are best known for their onstage antics -- which includes trademark cheap suits and rubber boots, and handing out old little league trophies to the best dancers at gigs -- Mutiny in Stereo proves that their CDs can stand on their own two feet. - Chart Attack