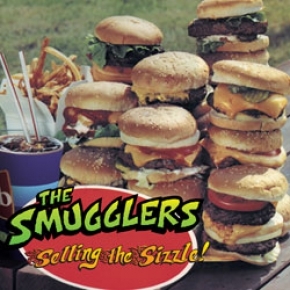 Say it with us, cyber-rockers! "Don't Sell The Steak - Sell The Sizzle!!!" Yessir, that's the Smugglers motto of performance, whether it be on the stage or in the studio, you better count on the three "E's" of rock'n'roll from the Schmugs: ELECTRICITY, ENERGY and EXCITEMENT!!! Selling The Sizzle sizzles on all 15 tracks including the 'hit' video song "Especially You", the cops'n'robbers blast of "To Serve, Protect And Entertain" and the radio stomper "The Dedication." Top it with the thick and oozing charm of the best-dressed band to ever grace a stage in rubber boots and it's a hell of a party album!