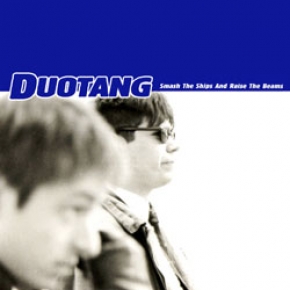 When Smash the Ships and Raise the Beams first came out in '96, the gang at Mint was proud — and nervous — to present these two gents from the Canadian prairies. For their debut album, Rod Slaughter and Sean Allum managed to create a wholeheartedly familiar, yet completely original pop sensation that drew from the likes of Joy Division, The Jam, The Beatles, and Guided By Voices. So if those are your vices, get ready for a stripped down twist on mod potpourri from the inimitable bass strums and frantic drumming of Winnipeg's best dressed duo.
What makes us nervous about that? Over 20 years later, we're still saying they're the best dressed men to EVER come out of Winnipeg.