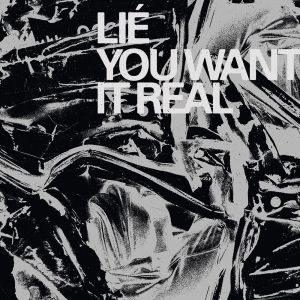 CDs come with a silkscreen canvas patch! LPs are limited to 300 copies and are pressed on piss yellow vinyl.

You Want It Real, the band’s fourth album, expands on previous themes with an assured intensity and plenty of world-weary lyrics. Sonically, lié’s recordings have unleashed the full-bore wall of sound that’s present in their live shows. That’s due in part to the work of legendary punk producer Jesse Gander (White Lung, Japandroids), who has helped unlock a further disharmony of melody and feedback in the band’s relentless aggression.