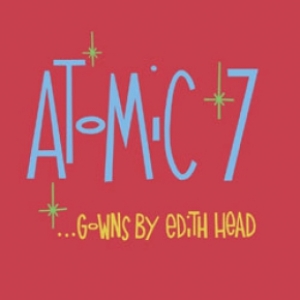 Sometime between the birthdays of Joe Tex and Webb Pierce in the year 2001, an instrumental rock & roll band was born in a small oven in Toronto. Atomic 7 is a combo equally at home in Vegas dives, West Texas honky tonks, or Hamilton elevators. Brian Connelly (Neko Case & Her Boyfriends, Shadowy Men on a Shadowy Planet) on guitar, Clinton Ryder on double bass, and Mike Andreosso on drums, are hell bent on reestablishing go-go dancing in clubs across the country. Released by Mint in 2003, their debut album Gowns By Edith Head is more elegant than a Faberge egg and more precious than Faberge bacon.