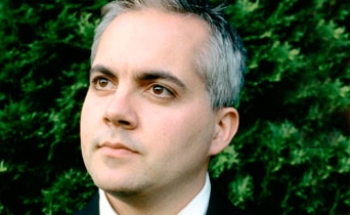 "Forget your age, forget you're clever; The Awkward Stage, it lasts forever," a mantra that serves to remind us that we never truly shed our painfully insecure and ignominiously crushed youth. It is with us always.

That boy who had his head dunked in the high school toilet stares back at you as you adjust your tie in the mirror before you head off to work.

More than a tinge of that old body image issue is surfacing right now in the fitting rooms of every women's clothing store.

The Awkward Stage serves as a musical backdrop for those universal feelings of shame, inadequacy, anger, failure, and loneliness. A revenge of sorts in the form of the most intelligent and brilliantly crafted pop songs to come along in quite some time.

In a musical climate that has never been more artificial, commercialized, and commodified, what with television commercials replacing record stores, radios, and live venues as the new medium by which new artists get discovered along with the whole American Idol phenomenon wherein we are shown the card trick, taught how it is done, shown how empty and vacuous the industry has become, and yet we still line up for more. The pendulum is long overdue its inevitable swing back in the direction of substance, meaning, and intelligence.

For those of us feeling the cultural atrophy, and yet who enjoy good pop culture, The Awkward Stage is at the forefront of that return to quality and, quite simply, pop artistry.

Born in Winnipeg, Manitoba and raised in Vancouver, BC, Shane Abram Nelken, leader and songwriter for The Awkward Stage, has long been considered one of Vancouver's best kept secrets. Where some play hard to get, he has taken it a step further and played "hard to find." Much like TV "Fall Guy" Lee Majors, he's the unknown stuntman who made Vancouver's indie scene sound so fine. Shane's ability to seamlessly shift among a wide variety of musical styles (and instruments) has made him a much sought after "hired ringer" by many of Vancouver's elite acts: A.C. Newman (of The New Pornographers), Sparrow, Vancouver Nights, The Ronnie Hayward Trio, The Come Ons, The Buzzards, The Blue Lodge Quartet, to name but a few. He is finally stepping out from big brother's shadow with his own band, The Awkward Stage, and the debut album on Mint Records, Heaven Is For Easy Girls, co-produced and engineered by The New Pornographers' drummer Kurt Dahle, and possessing that distinctive intangible musical essence - some say "The Vancouver Sound" - initially spearheaded and made famous by those notorious New Pornographers.

Shane has also lent his talents to many films and videos as well. As both an actor (The New Pornographers' Blaine Thurier's Male Fantasy, The New Pornographers' "Use It" video) as well as a film scorer/original song contributor (The Corporation, Mile Zero, Bingo Ladies, Flesh), he is a true talent and one worth keeping an eye and ear out for. He cautions us with a rallying cry: "There is a war on and all of the morons are winning."