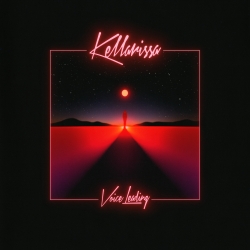 To accompany the announcement of her forthcoming record, she shares a music video for the title track: a mysterious music video about obsession, perception and desire. Watch it here.

Track Listing
A1. Exposition
A2. Desire Path
A3. Anemoia
A4. Voice Leading
A5. Bad Influence

B6. Sphinx
B7. To The Wind At Morn
B8. Dread
B9. Tempting Fate
B10. After Hours
Bonus track for CD & Digital: 11. Fantasy Impromptu (Instrumental)

Pre-order Voice Leading on the Mint web store and Bandcamp until the release date: April 1, 2022.