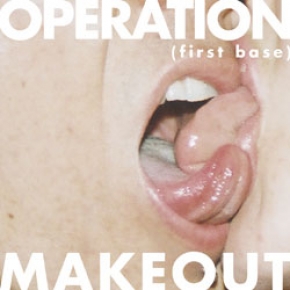 When Vancouver punk outfit d.b.s. called it quits, some folks wondered what Jesse Gander and Andy Dixon would be doing next. Well, little did we all know how prolific the two would become. Andy went on to do some pretty good things with his Ache Records and Red Light Sting, and, well, let's just say you might have seen his art around town a little.

Jesse? He buried himself in his recording studio enterprise, Rec-Age Recorders, before moving on to The Hive Studios (R.I.P.) and, most recently, Rain City Recorders. But before all this success, he joined the frenetic Vancouver punk combo Operation Makeout that made waves around town in the mid-aughts. This is the group's first release for Mint, featuring Katie on lead vocals and guitar, and Anna on drums, and was also their first release with Jesse on board: a five song introduction to their full length for Mint, Hang Loose, that arrived in the following year.